When one talks about farming, many often picture fields after fields covered in crops tended by farmers. But thanks to modern innovations, the agriculture sector is embracing drastic changes that are helping solve the many challenges farmers face in the contemporary world.

For one, modern consumers have ever-changing demands that continue to shape the world of farming. They want more crops of certain kinds readily available at stores and supermarkets. More of them want organic and sustainably-sourced local produce they can access all year-round.

Due to such demands, farmers are making farming more accessible, faster, and more efficient. One solution they found is vertical farming. But the question is, how does vertical farming work, and why are more businesses supporting this way of growing crops?

Based on the name itself, vertical farming refers to the art and science of growing crops on top of the other. This is essential farming by utilizing vertical space. Thanks to vertical farming, one can now grow edible plants in indoor locations without much space.

Vertical farming enables farmers to grow their crops in a controlled environment. Now, they can develop certain crops all year round, in hydroponic systems within tower-like structures. Currently, there are many vertical farms found in the United States, UK, Japan, Singapore, China, and South Korea, to name a few.

One might think that vertical farming is a relatively modern way of growing crops. In reality, civilizations already used such a revolutionary innovation in ancient times. You will be surprised to know that people developed the earliest shadow types of this concept in 562 BC.

The Hanging Gardens of Babylon is a grand structure intended to be a present for Queen Amytis. Ancient engineering made it possible to create arched terraces that watered the finest flora through chain pump technology. The Floating Gardens of Aztecs is another example of an ancient form of vertical farming.

Not many know that the Aztecs pioneered hydroponics. This refers to the science of growing plants in a nutrient-rich solution instead of soil. They used suspended marshy they placed on shallow lake beds and rivers.

In the 1600s, stone fruit walls in Northern Europe were used to grow Mediterranean fruits. The chilly climate helped walled gardens thrive. The French and Dutch used these elaborate walls to protect the fruits during the cold nights while capturing the heat during the day.

In the 1900s, the term vertical gardening was born thanks to Gilbert Ellis Bailey, an American geologist. His idea of vertical farming is to dig deeper underground. This is because there was a war going on during that time, and low-cost explosives were readily available.

It was in the year 2011 that modern vertical farming was born. Thanks to the innovations present during this type, farmers can create indoor vertical farms in New Jersey. The AeroFarms created propagating tables that grew different greens in its ceiling-high vertical indoor farm.

The Science Behind Successful Vertical Farming

Modern farmers also use other agri-tech advancements to improve crop yield. One great example is farming drones. These specialized drones are instrumental in increasing farmers’ savings, enhancing crop yields, and boosting their profitability.

Specialized drones weave in and out of multi-tiered towers housing different greeneries when it comes to vertical farming. This helps farmers cover more grounds in a smaller amount of time, collecting data, diagnosing causing of poor crop growth, monitoring the operations of indoor vertical farming edifices. This, in turn, makes vertical farming more efficient and productive.

Vertical farms allow farmers to grow crops in a controlled environment no matter the season. They make use of sustainable materials, which lowers their carbon emissions. They can do this while creating products that are more nutritious than ever.

The other benefits of vertical farming are as follows.

Vertical farming has come a long way and proved beneficial to today’s society. Everyone can now enjoy off-season crops all year round while farmers improve their efficiency and profit. Such a scalable and intelligent program offers endless opportunities for modern farmers. People can expect to see more vertical farming developments as tech experts continue to innovate.

Next article 12 Ways to Save a Dying Friendship

We Need to Talk: An Honest Guide to Addressing Difficult Conversations 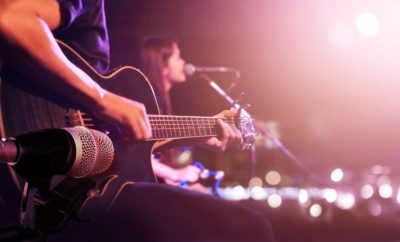 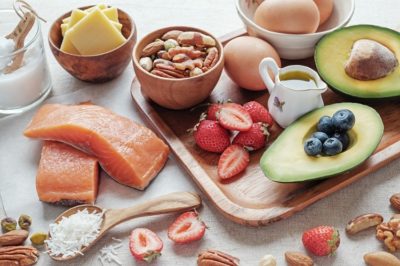 July 8, 2019
There are no comments yet No comments