Did you know there are over medicinal 52,885 plants in the world?

Today, however, we’re only going to focus on the legendary Ti leaf. Although you might not know it, you’re probably already familiar with the Ti plant.

The Legend of the TI Leaf

If you’ve had the pleasure of visiting Hawaii, you might have noticed the unique landscape and flora of the region. One of the most common plants that you can see all over Hawaii is the Ti plant, which has a big place in Hawaiian culture. According to some historian, the Ti plant is not native to the Hawaiian islands.

In fact, it’s believed the Polynesians brought the TI plant when they settled in Hawaiian islands around 400 to 500 A.D. Since they were skilled mariners, they would leave their islands when they became overpopulated or the conditions weren’t ideal for farming.

To prepare for the long journeys, the Polynesians brought with them plants to cultivate, pigs, dogs, chickens, tools, and other basic supplies to survive in the new island. They used dugout canoes that were crafted perfectly to survive the trip.

Among the plants they brought with them when they settled in Hawaii, the Ti Plant was one of them.

The Ti plant made it on the journey, due to the special meaning it holds.

According to folklore, the Ti Plants are considered sacred to the Hawaiian God of Fertility, Lono and to the Goddess of Hula, Laka. Due to the special meaning they hold for the Gods, priests use the leaves in their ceremonies as a way to ward off evil spirits.

Since they believed the plant could aid with muscle and nerve relaxation, it was also used for its medicinal value.

When wrapped around hot stones, they were also used at hot packs.

They took full advantage of the plant and even made tools that would improve their quality of life such as plates, cups, roofs, and capes.

It’s fair to say, Hawaiians use the Ti leaf plant in different ways today, but they still take advantage of it from the leaves to the roots. Since they’re considered to bring good luck and ward off evil spirits, Hawaiians plant the Ti Plants in their homes.

They also incorporate them in the making of hula skirts, leis, and necklaces that ward off evil spirits. Some people even carry a single leaf with them when they want a little good luck.

Dried Ti leaves are also used as fasteners on fishing nets for shallow water fishing. Hawaiians don’t waste any part of the plant, you can even see it used in whistles, food wrappers, plates, and thatches for houses.

Some still eat the root after it has been steamed in an in-ground oven. Other uses include distilling it to make the Ökolehao brandy.

The Ti plant is also associated with strong spiritual energy, so it’s also common practice to meditate with 4 (this number is sacred to Hawaiians) Ti leaves.

There are also folktales and myths to check whether or not the water is safe for swimming. According to the legend, when you fear there’s something lurking in the water such as an evil spirit or a shark, you should throw a single leaf in the water.

If the Ti leaf floats, then you can enjoy the swim. On the other hand, if it sinks, the water is not safe.

Other Facts About the Ti Leaf

Almost everyone in Hawaii is familiar with the appearance of the Ti Leaf. The leaf is a long and narrow leaf that averaged about 30 to 60 cm in length and 8 to 10 cm in width.

The leaves are mostly a shiny and smooth green color but can change colors with the seasons. They’re also available all year round.

Many people use the leaf as a food wrap due to its grassy aroma and flavor.

Although the leaves don’t have substantial nutritional value on their own, they’re used as a tea to aid chest congestion and muscle tension.

You can still find the leaf in a variety of dishes that involve wrapping, grilling, or steaming the food inside the leaf.

If you want to ward off evil spirits and bring some good luck to your home, you should consider the Ti as a house plant. Having Ti plants at home has increased in popularity in the last few years.

The plant comes in a variety of different colors such as green, red, chocolate, orange, pink, and other varieties.

If you decide to have a Ti plant in your home, you can combine it with other plants to create a cool display. However, you will need to avoid soil that has perlite and stick to a soil that will drain well.

Because of the temperature of their native region, the Ti plant cannot withstand temperatures lower than 50 F. You will have to be careful in the winter if you live in a place with harsh winters.

These plants don’t require a lot of care. Before you water the plant, make sure you feel the soil.

If the soil is moist, you can skip another day. Wait until the soil feels a little dry until you water it again. Keep in mind that this plant doesn’t handle fluoride, so you might have to switch to distilled water if you notice brown tips.

The Legend of the Ti Leaf

Now that you know more about the Ti leaf, you can use it as your good luck charm, use it in your next recipe, or ward off evil spirits.

As you can see, the uses of this plant are many. So if you don’t want to carry it as a good luck charm, you can still plant some in your front yard.

If you liked this article, we have more where this came from. Check out our lifestyle section.

Previous article Planning A Funeral 101: How To Plan A Funeral On A Budget 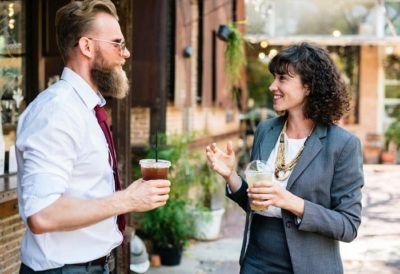 How to Be Better at Explaining Things: Tips and Strategies 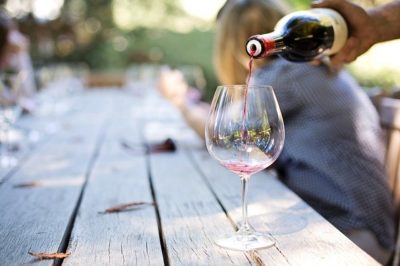 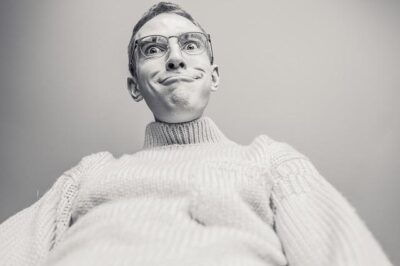