Wondering what to do with all of your presidential pins?

Production of presidential pins has been around since the days of George Washington. The original pins were sewn on lapels to show support for our most famous president.

Since the late 1800s, however, they’ve been in widespread production for use during elections. They allow presidential candidate supporters to walk around proudly displaying their allegiances on their clothing.

Naturally, like any other thing relating to American history, presidential campaign buttons have become extremely collectible. Some of the rarest buttons have sold for tens of thousands of dollars, but what does the average collection haul in?

In this article, we’ll first look at the allure of collecting presidential pins. Then, we’ll take a look at what your collection might be worth, if anything.

Go grab the pins from the attic, it’s time to look at your collection.

Throughout American history, presidential pins have been used to promote or refute presidential candidates. You remember the “I’m with her” promotion during Hilary’s campaign against Trump?

Yeah, well that type of thing has been happening since 1896. But, even before then, people were wearing pins to support their president.

Sometime in the late 1700s, probably 1789, pins were worn on lapels to show support for George Washington during his inauguration. These are the first instances of the primitive presidential pin.

The first time that a president’s photographic image was placed on a pin, however, was in 1860. Who’s image was on these pins, you ask?

You guessed it. Your boy, Abe Lincoln. Who else?

He and his opponents all produced these buttons with a tintype image on face. Lincoln’s had his running mate Hannibal Hamlin on the backside, as well.

The first time that presidential campaign buttons were mass produced was in 1896 during the presidential campaign of William McKinley. These were metal pins with paper images on the face, protected by a piece of clear plastic. Since 1916, lithograph images have been pressed directly on to the metal button.

Most presidential candidates have mass produced these buttons to give to their supporters but in 1940, Wendell Willkie took them to a whole new level.

While running against eventual president Franklin D. Roosevelt, the Willkie campaign produced millions of buttons with slogans on them as news came out about Roosevelt. Since then, campaign pins and buttons have been a staple in campaign promotion in America.

Only recently have campaigns begun to curtail the production of these pins. Restrictions on expenditures coupled with advertising expenses have seen presidential pins fall by the wayside.

The more popular promotional tool now is the presidential lapel sticker or even “stickers” to be placed on web pages and social media accounts.

The cease in production of these pins has made collectors of presidential pins value their collections even more.

The lure of presidential campaign pins is that they represent the last 130 years of American history through its leaders. Even further back, if you can get your hands on some of those rarer pins.

Keeping a collection of these pins allows you to trace American values through the years and see that we’re not so different now than we were back in the early 1900s.

Promoting your candidate has always been the norm in America and largely represents what the United States is all about. Everyone can have their opinion here, for better or worse.

Presidential memorabilia collectors value these pins greatly because they depict the fresh-faced presidential candidates before they were to make up the material in our history books.

Picture a hopeful young Roosevelt on the backside of James M. Cox’s 1920 campaign pin, almost 20 years before he would be president in one of the most trying times in US and world history.

That’s why campaign pins are important. We need to remember the leaders that guide us through the complicated fog of being a world power, not merely as figureheads, but as regular people like you and me. Presidential campaign pins and presidential challenge coins are good at doing that.

Are They Worth Anything?

In short, yes. Most presidential pins are worth at least a few dollars. Whole collections are hard to appraise because of the variance in value between coins. Now, we’ll look at some of the more sought after presidential pins in existence.

Lyndon B. Johnson ran for president in 1964 during the Civil Rights movement, which he used as part of his campaign promise. When he eventually became president, he tried to protect the rights of the oppressed African-American people.

This feature of his campaign was loudly displayed on his presidential pin. “Support Johnson and Civil Rights” in large type surrounding a picture of his bust. This pivotal moment in history makes this pin a popular one.

Dwight Eisenhower’s presidential pin was…well, very presidential. The simple red, white, and blue background with the slogan “I Like Ike” in the foreground made for a memorable image.

Whether or not you actually did “like Ike” didn’t really matter. It’s hard to deny the clarity and catchiness of this pin. It represents what presidential pins are all about.

George McGovern didn’t win the presidency, but that was no fault of his campaign pin. It states only his surname on a blue background. It doesn’t get much more clear, does it? Governing is what he was born to do, it says so in his name.

This pin is popular among collectors because of its comical simplicity.

If you have one of these three pins, you could probably fetch a few hundred dollars. If you have numerous rare pins in your collection, then you could be looking at a pretty big payday if you were to sell it. But do you want to do that?

It’s true that some pins are worth a great deal. The pin depicting Roosevelt on Cox’s presidential campaign pin is said to be the most valuable of all presidential pins. Most, however, aren’t worth enough to consider selling such great collectible items. But, that depends on how you personally value them.

Do You Want To Sell?

If you value your collection of presidential pins, you may not want to sell it just yet.

We get it, sometimes you have too much clutter in the house and your pin collection might be the first casualty of making space. Or maybe you’re a little hard up for cash and you need money more than dusty old pins.

But, if you’re a collector, do you really want to sell those relics of American history? There’s no harm in getting them appraised by an expert, but only sell if you definitely won’t regret it in a few years.

For more posts on entertainment and lifestyle, visit our page.

Previous article WordPress vs Drupal: Which one to prefer?
Next article Passport Age Requirements: How Long Are Passports Good For Minors? 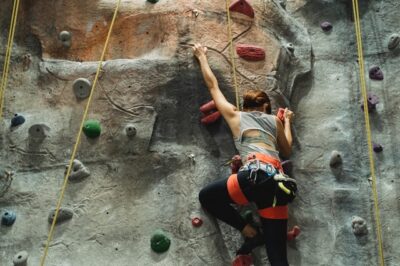 Why Should You Buy Grip Strengthening Tools for Climbers? 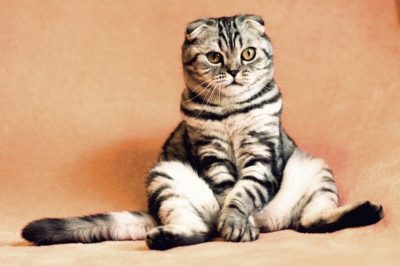 Traveling with Your Cat: Top 10 Best Cat Friendly Cities in the US