The Fintech Revolution: Opportunities and Challenges in 2021

Video games foster a creative mindset. In such a way that when players face‘do or die’ scenarios, their observation, strategy-formation, and problem-solving skills see substantial growth. A thrill to overcome the obstacles grips their spirits as they try and make their way out of the virtual fixes. It is no wonder that the video game industry has gained so much popularity, especially among the younger masses. It has expanded over time to incorporate more than one mediums. The most recent one being the internet.

Yes, online games are all the hype these days. According to Cisco Systems, the worldwide online gaming traffic is expected to grow by 79% in 2019. While Capcom states that the global PC online gaming market has brought in around $32.6 billion this year! As these stats very well show, the future is all about the enhanced interactivity which the online games provide.

If you haven’t dabbled in this kind of gaming experience before, then, let 2019 be your starting point. There are tons of upcoming online games, spanning across various genres, but the best ones are listed below. Ready your gear set up a lightning-fast internet connection as acquired from those amazing Xfinity packages, and begin your gaming journey!

These ‘massively multiplayer online’ games allow thousands of internet users across the world to compete at one virtual platform. The MMO games you need to know about in 2019 are:

Set to release on March 15, this sequel follows the story line of its predecessor and places you in a post-apocalyptic Washington DC. It is shot from a third-person perspective and has cooperative shooter game play. Once you have eight players on your team, you can conduct Raids. How cool is that?!

Developed by Amazon Game Studios, ‘New World’ prospers on the freedom of choice it gives to its 500 or more hosted players. The locale is the old 17th century North America, replete with dense forests and fantastical creatures. It’s up to you to decide which way you wish to build your city and which enemies you want to battle in this almost-historical MMO.

Beta-tested at the end of 2018, this combat-focused MMORPG features elves, orcs, and wizards. The fantastic world is highly-interactive, with each object having an impact on your game play. The landscape changes are pretty realistic too. Its full version can be played sometime in 2019.

This variation of the MMO is concerned with ‘battle arena’ theme rather than role-playing. Developed by Lucid Games, ‘Switchblade’ transports you into a future of competitive sports, where you’ll have to participate in the matches to destroy the enemy towers one by one.

The whole video game ground shook to its core when ‘Doom’ was showcased back in the 90s. It marked the genesis of the ‘first person shooter’ games, bringing players head-to-head in a death-match or arena-combat of sorts. Some of the household names in this category include, ‘Call of Duty’, ‘Counter-Strike’ and ‘Quake Live’ etc. Coming back to the topic at hand, the best FPS games you can expect to see in 2019 are:

This open-world game, developed by Avalanche Studios, was announced during the E3 conference of 2018 and is set to release in 2019. Including many essential elements of FPS, it brings the last ranger to the forefront, known as ‘Walker’, as he fights his way through a mutant-filled world. Starting thirty years after the events of the first instalment, ‘Rage 2’ brings back some old familiar faces as well. The best thing about this game is that it doesn’t put you on a clock. You can play it at your own comfortable pace.

Finally, a horror number to make this list! Developed by 4A Games, this survival FPS game is set to release across multiple platforms on February 22. Story-wise, it spans over a year, taking you on a thrilling journey, where you’ll get to craft weapons out of scratch, scavenge for materials and fight off dark creatures lurking about.

Nothing’s worse than a cliffhanger, like the one deployed at the ending of ‘Far Cry 5’. Hope County faces a nuclear blast, the main player gets stuck with the antagonist, and at this delicate point of events, the credits start rolling. Well, this new instalment, set to release in the coming year, promises to part the curtains of suspense and to let you know what happens after the apparent apocalypse. What I can tell you is that the gang is back in order and build anew from the ruins of Hope County.

We’re done with the mega multiplayer role-plays and first-person shooting. Now, let’s come to ‘real-time strategy’. This category of online games places victory in the hands of strategy and tactic. The better the players are able to collect resources, fortify their holdings, and cleverly play their cards, the more victorious they are in an RTS world. Some of the famous games which you might have heard of are, ‘Age of Empires’, ‘Warhammer’ and ‘StarCraft’ etc. But the ones to really look forward to in 2019 are:

Set to release on February 19, this economic strategy game takes you on a historical journey alongside your subjects, with the purpose of settling in new lands. You assume the role of a steward. Your main tasks include: Landing at a settlement, getting the subjects to construct city infrastructure, building neighborhood alliances, managing taxes and whatnot, conducting complex trade relations, and controlling the metropolis during crises etc. This RTS really tests your management and diplomacy skills.

This RTS game draws inspiration from the sci-fi trope of AI. It picks up the same future-oriented story, about 355 years following the events of the first instalment. You get to play as an army commander yet again, training a human battalion to bring down the Artificial Intelligence faction. Because the enemy in question is inexhaustible, you have to come up with a strategy to systematically shut down the powerful AI. ‘AI War II’ is developed by Arcen Games and is set to release next year.

This real-time strategy game is the fourth installment in the ever-popular saga series. Developed by Relic Entertainment, ‘Age of Empires IV’ places you in a civilization of your choice (Arab, Asian, European etc.) and allows you to lead it through several phases of evolution.

Apart from these categories, there are others like console gaming (Xbox, PS, Nintendo etc.), browser gaming (Online Flash games), multi-user virtual gaming and player versus environmental gaming etc. But for now, the aforementioned elementary titles will suffice. Get a hold of these in the coming year and begin your online gaming journey. 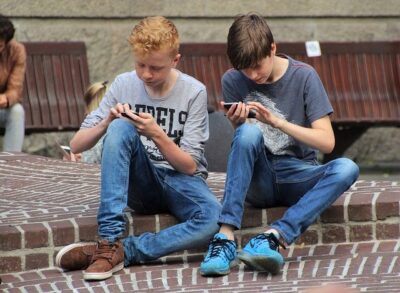 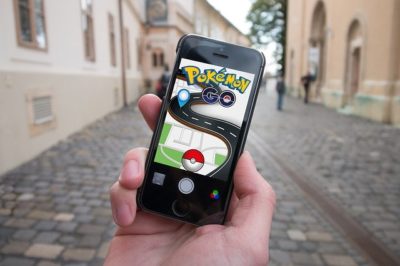 What You’ll Need to Play Pokemon Go in Tokyo Japan 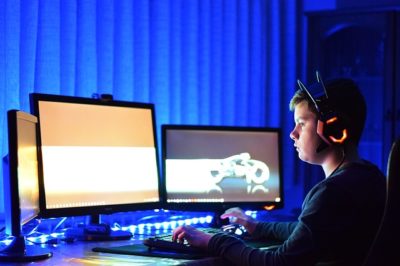 Gaming is not local anymore! Play on the fast and futuristic Cloud, across platforms