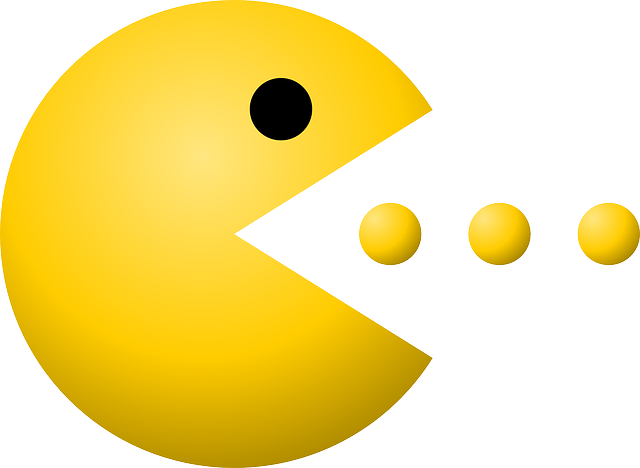 The most iconic and adorable yellow ball that eats all the dots and runs away from the ghosts is something that we all are familiar with across geopolitical borders. Yes, we are talking about Pacman. Pacman is one of the oldest video games and is true evidence of how video games can impact a broader audience.

Nonetheless, you may wonder what’s so exciting about the 30th Anniversary of Pacman? We all know how Google celebrates special days and events by changing its home page logo. In 2010, on the Pacman 30th Anniversary, Google took an extremely creative step by creating a special “Google Doodle” on your search page to let you play the game.

This new version allows you to direct your pizza-shaped protagonist around a maze that spells the name ‘Google’ by avoiding the ghosts Pinky, Inky, Binky, and Clyde. To play the game, you just have to click on the “Insert Coin” button. The interesting thing is that if you double click on the button, Ms. Pacman will join the game along with Mr. Pacman and this allows you and your partner to play the game together by using the WASD keys. Stay tuned with us to learn more about this grand celebration and several fun facts about Pacman.

History of the Pacman Game:

The Japanese game-making company, Namco launched and installed the first Pacman machine on My 22, 1980 in a movie theatre in Tokyo. The aim of the company was to make an arcade video game that would be too simple to be played by as many people as possible. The original name of the video game was Puckman. As the game was an instant hit in Japan, Midway Manufacturing made a licensing agreement with Namco America and released the game in North America under the name Pacman. Very soon, the popularity of Pacman spread all over the world.

The Concept of Pacman:

Toru Iwatani, a young video game designer of Namco was the creator of Pacman. According to Toru, at that time, there were only violent video games in the arcades. He also noticed that only boys used to come to the arcades to hang out and play those video games. To break this stereotype, he aimed to build a video game that men and women both can play and enjoy. Iwatani started developing the game in April 1979 and he took only one year to complete the development of the game.

Iwatani also claims that he got the idea of the main character’s shape from starring at a Pizza. After eating two slices, the Pizza looked interesting with an open-mouth shape. He decided to use this concept to shape “Pakkuman”. He named the character “Pakkuman” in order to refer to the Japanese term “paku-paku taberu” which indicates the sound from a widely opened mouth and closed in quick series.

Every year, Namco celebrates Pacman’s birthday in a unique way. For instance, last year, on the 41st birthday of Pacman, Namco launched a music video. However, in 2010, there was a grand celebration for the Pacman 30th anniversary.

Besides Google Doodle, the Pacman 30th Anniversary was also momentously celebrated in Japan. There was an outstanding celebration for the 30th anniversary by the Museum of Computing in Swindon. They arranged a venue to celebrate the Google Pacman with retro machines.

To honor this anniversary, the creators of the game also included a new chapter called Ghost Town to the game. In this chapter, Scott describes his feelings about growing up in the arcade and how he is putting his efforts all these years to keep things in a lovely way.

Google Doodle is a very special and creative way to celebrate special things. To celebrate this special event, Google launched a Doodle as its home page logo to let you play the game. This Google Doodle was created by senior developer and UX designer of Google, Marcin Wichary, and Google Doodler Ryan Germick. This Google Doodle is an accurate reproduction of the original 1980’s masterpiece with original sounds, graphics, game logic, and even bugs. There is also a hidden feature that if you toss in another coin means double click the “Insert Coin”, Ms. Pacman will appear in the game that allows you to play together with another person. To play this game, you have to control Pacman by using the arrow keys and control Ms. Pacman by using the WASD keys. On May 21, 2022, Google launched this game on its homepage and kept it for the next 48 hours. However, even now, you can play the game on the search page. You just have to search for “Pacman Doodle”, or “Pacman”, or “Pacman 30th Anniversary”.

The 40th anniversary of Pacman was another grand celebration of the Pacman series. To celebrate this anniversary, Bandai Namco launched several business ventures with events, video games, clothing, and many other arrangements of merchandise. The celebration continued throughout 2020 and till early 2021. The creators also prepared a logo for the 40th anniversary where the four ghosts represent the number 4, and the Pacman represents the number 0. Google also brought back the 2010 doodle game on its home page. Ahead of the 40th anniversary, the Team Edge YouTube channel launched a video on April 3, 2019, in which their development team built a giant Pacman game that had players dressed in cardboard clothing, PVC pipe clothing, clay, foam rubbers to reflect the Pacman and the ghosts.

The Relationship between Google and Pacman:

Even though Google has developed several Doodles over the years, Pacman is its oldest Doodle. On 1st April 2015, Google also enabled an easter egg in Google Maps to celebrate April Fool’s Day. This feature allowed you to play the game of Pacman on Google Maps.

Google releases this ‘April Fool’ gimmick every year and after 2017, Google also allowed the users to play Ms. Pacman on Google Maps using their smartphones.

Google has also built a partnership with Bandai Namco to develop a new version of Pacman, called Pacman Geo. You can play this new version on Google Maps using your mobile device. Pacman Geo will use AR to allow you to play on the streets of your city using data from Google Maps. According to Google, you will be able to develop Pacman mazes using the streets of the real world. Pacman Geo will be launched in 170 countries all over the world.

To play Pacman on Google Maps, follow these steps-

a) first you have to go to Google Maps and then navigate to any location.

b) Now, you will find the Pacman button at the lower-left corner of your screen.

c) The screen of Google Maps will turn black, and the Pacman and the ghosts will appear.

d) Now you can move the Pacman along the streets by using arrow keys or swiping the screen.

How to play Pacman on Google?

iii. You will find a PAC-Man doodle window. Start playing by clicking on the play button.

How to Install and Play Pacman on Your PC?

We have already discussed how to play the Pacman game using Google Doodle. However, if you want to install and play the game on your PC, please follow these steps-

a. Download BlueStacks and install it on your PC.
b. Now, you need to go to the search bar and search for the Pacman.
c. Once you find the game, click on the “install” button.
d. After completing the sign-in and installation procedures, click on the Pacman icon and play the game on your home screen.

What is the Highest Score in the Pacman?

Till now, the highest score in this game is 3,333,360 points. Billy Mitchell achieved this score in 1999. He navigated 256 screens to achieve this score.

Technically you can complete up to 255 levels of the game. There are three people who completed 255 levels and created a score of 3,333,360 points. The representation of the 255 level is in binary, however, when your reach the 256 level, the game will crash due to an overflow of the 8-bit digit.

Can I Still Play Google Doodle?

Yes, you can play the Google Doodle of Pacman even today. Just search for the “Pacman Google Doodle” on Google and you will get the game on the search page.

How Can I Enable Ms. Pacman on Google Doodle?

If you want to have Ms. Pacman on Google Doodle and play together with another person, you just have to double click the “Insert Coin” button. However, your partner needs to use the WASD keys to control Ms. Pacman.

Next article How do Businesses Protect Their Employees and Customers? 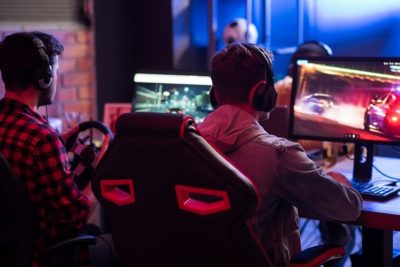 Creating Diablo 3 Characters: What Class Should I Choose?

Is Rummy Online Game Legal in India? What all to know 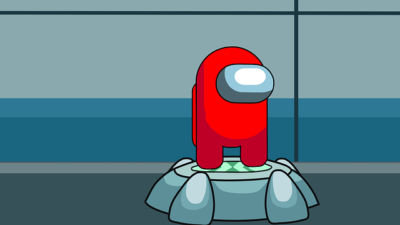 Bored in Quarantine? 5 Awesome Games Adults Can Play Together Online

February 19, 2021
There are no comments yet No comments