As a new kind of global threat has arisen and a new type of protection system has grown to match it.

An electromagnetic pulse is an event where radiation from a distant blast wipes out the power grid and all solid-state electronic components. Slowly, this now possible event has made itself known. Its result is cataclysmic in uniquely profound ways.

There are two main perpetrators to this kind of event, one being human’s (by detonating a nuclear bomb from extremely high altitudes), and the other is by radiation from the sun known as solar flares. Either one could produce the same results, and they are both valid threats to today’s society.

Staying prepared and on top of the threats that could impact you isn’t only wise, but necessary to provide a living for you and your loved ones in case of such an event. That starts with protecting the electronics you depend on every day for survival and access.

A Faraday cage can do just that. Read on to find out how this device works, its uses for numerous devices, and the way you can keep safe in the wake on an EMP.

A New Kind of Threat

It may seem like a sci-fi novel, but an EMP is a real-world threat. Our nations uniformed services have taken precautions in numerous ways to prepare for one, and so should you. Its nearly impossible to know when or if one may happen, but the real possibility alone calls for action.

An EMP like the one we will be discussing today is caused by a high altitude nuclear blast over a targeted location. The blast alone can obviously cause its own damages if the proximity to the ground becomes a factor. However, it is likely that the blast would happen incredibly high up.

Far away from the location of detonation, where the effects of the blast could neither be seen nor heard, the EMP can still reach its full effect. The blast sends out with it a wave of electromagnetic radiation that sweeps farther and wider than the rest of the blast.

It wipes the power grid and fries electronic devices from cellphones to calculators. Even vehicles internal computer systems are not safe.

What’s left after an EMP is a world of statues that resembles the one we are accustomed to living in, but with 1700s era technology. The electronic banking systems would fail, making your savings untouchable.

Things you depend on for life would simply not work. That is, however, unless you have prepared for this day by storing life-sustaining and aiding devices in a Faraday cage.

How the Faraday Cage Works

It’s not rocket science, but it’s preparation for a scientific threat. A Faraday cage takes the electromagnetic radiation that presents itself and conducts it around devices you wish to keep intact.

This is accomplished by having a completely enclosed storage means that is encompassed on all sides with a conductive material, usually metal.

A conductive material, however, will transfer energy straight to the components inside if there is no internal boundary. This is the second part of the enclosure that makes the Faraday cage a protective capsule.

Inside a Faraday cage is insulation that keeps your devices from ever touching the conductive outer shell. This means what you put inside the “cage” is isolated from the outside from an electrical standpoint.

As electromagnetic radiation passes through and hits the Faraday cage, it is routed around the outer shell and completes its conductive circuit while never touching the devices held inside, as the insulation provides the protective barrier between modern day tech and the uselessly rendered outside electronic world.

Contrary to the implied name, a Faraday cage is not necessarily a cage. Rather, it is a sealed unit that houses and protects electrical devices from being rendered defective. It must be sealed, in fact, to keep the devices that occupy it safe. A break in electrical conductivity would divert radiation to the internal devices.

We can look at faraday cages as faraday pouches, boxes, globes, or whatever clever shape that can contain the desired product to be saved. One of the most efficient and popular methods of faraday caging is a faraday bag.

The Faraday bag is perfect for storing large amounts of gear together or independently. Their flexible design allows for tighter compacting of items in a disaster kit. Ranging in different sizes, you can keep anything and everything from personally stored information, computers, and hard drives, to full off-grid solar kits.

The faraday bags design also saves weight and money, as the material to produce a Faraday bag is light on the scale and wallet. Because of the design, you can nest together multiple layers of Faraday bags to ensure your products are protected from force and powerful rays alike.

To better understand how this all goes down, let us get a little deeper into the science of electromagnetic pulses. As previously discussed, an EMP can be caused by a nuclear blast, the radiation of which would sweet far and wide and fry electronics.

However, there is more than just radiation that poses a threat. Both the electric and magnetic field cause can have devastating results on electronics.

Other sources of an EMP event exist as well. Solar flares, lighting, non-nuclear EMP’s, and even meteors can and/or have shown to produce pulses. The reach an EMP has is due to its radiation. This is the factor that can travel massive distances without being stopped.

One might think that the higher an EMP, the farther away the threat is, thus making for a less damaging event. In fact, the opposite is true.

A HEMP or High-altitude Electromagnetic Pulse is one that is detonated in the mid-stratosphere. The blast of gamma rays emitted ionizes the surrounding atmosphere and interacts with the earth magnetic field, resulting in an even more potent electromagnetic pulse.

The Implications of an EMP Event

Not only is the threat of an EMP not widely known or discussed, but the implications of such an event aren’t either. The effects that could occur from an EMP are unprecedented, and the duration of these effects can last much longer than you might have been led to believe.

Here’s a brief look into what would happen after an EMP event. First, all of the power in the affected area (which could be the size of continents), would be completely wiped. And by everything, we mean everything.

Cars would become useless, microwaves, blenders, ovens, even flashlights would be inoperable. It wouldn’t be like losing the power, but rather, more like reverting back to 18th-century technology. There would be no news coverage to figure out what happened, no explanation, just you and your family left to fend for yourselves.

What’s more is that it could take months, likely even years to get the power grid back up. That means that you could spend years back in the dark ages, without all of the creature comforts and necessary tools we use in our society on a daily basis.

Violence and looting would run rampant, and resources would be eaten up at a remarkable rate. Being prepared for such an event could make the difference between life and death for you and your family.

Devices You Should Store

As every electrical device in the vicinity of the radiation spread will be terminated, it’s important to decide what to keep safe. Understand that the power won’t just come back on.

The repairs that must happen to bring the grid back up would take a very long time and will leave you to fend for your own sources of electricity through some very tough times.

Keeping a full electrical generation system from harm would be a very wise move. However, if you are looking to just keep the necessities safe in the case on a grid-downing pulse, storing items like batteries, flashlights, and digital documents you will value post-unelectric times is a good idea.

If you require devices for immediate survival such as medical equipment, investing in a second set or piece to put away could be the matter of life or death. Its just electricity and we have survived most of humanity without it. However, a sudden transition threatens an entire nations safety, sanity, and life.

Keeping You and Yours Safe and Protected

Keep everything you cherish for survival safe in the event of an EMP. From hard drives to solar panels, prepare for the worst day with a faraday cage system that’s right for you!

Check out our technology blog to learn more about all your electronic devices.

Previous article Half the Time, All the Love: How to Be a Good Dad With Part-Time Custody

Next article Aches on the Inca Trail: What You Need to Know About Summit-ing the Machu Picchu Hike 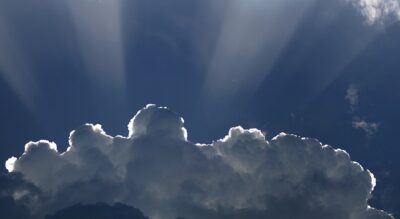 March 4, 2021
There are no comments yet No comments