In 2017, businesses spent $3.48 trillion on their IT budgets. With that much money floating around, you’d think there would be one definitive OS for business. One best operating system for business.

That’s far from the truth, however. Some favor Windows, others macOS, and still more various flavors of Linux.

But what is the best operating system for your business? Each has its advantages. In this article, we’re going to take a look at the biggest OSs on the planet, and find you one that truly works for your business.

Ready to find which OS you should be using? Then read on!

Windows is the most popular OS on Earth, so it must be the best operating system, right? Well, not necessarily. It has some great strengths, but it’s got a bunch of weak points too.

One of Windows’ biggest strengths is its sheer commonality. It has been widespread for years and will be for many more. As such, if you want to use mainstream business software, it will work on Windows.

Pretty much everyone already knows how to use Windows, too. You won’t have to train new employees to use their machines. Plus the intuitive design of Windows 10 allows for features like splitting the screen between two windows, improving productivity.

You also get access to the powerful System Center Service Manager or SCSM. What is SCSM? In short, it’s a powerful, easy to use program that helps you resolve IT problems and incidents.

One problem that stops Windows from being the definitive best operating system is its drain on system resources. Windows is not built for lightweight machines. If your computers are not up to scratch, it will lag, causing frustration for your employees.

It’s also the OS most likely to get infected with malware. This problem springs from its widespread use. In general, its security tends to be a little weaker than other operating systems.

It has poor remote access capabilities, shoddy customer support, and it tends to lock users into its environment. If you ever want to switch, it’s not going to be easy.

Visit any youth-run business, and you’ll spot at least a couple of Macbooks. While macOS is a popular choice among young employees, is it one of the best operating systems for businesses? Should you use it for your business or not?

One of the best parts about Mac devices and macOS is its premium aesthetic. Macs project an image of professionalism, exclusivity, and youth.

They are very secure devices, and less likely to get infected with malware, and hackers are less likely to target your machines. They’re also famously easy to use and reliable. If you don’t want to bother with IT support (which we wouldn’t recommend) then macOS is for you.

They’re exceptionally easy to use, too. Even if your employees have never used a Mac before, they’ll soon get to grips with it.

You don’t have a lot of choices when you’re buying a macOS device. Get a device from Apple, or go without. There are no third party manufacturers, at all, which means the price point is higher than a Windows or Linux device.

There’s also a lack of Mac devices with touchscreen capabilities. If you want a 2-in-1 system for something like graphic design, Windows crushes Mac.

You’re not going to find anywhere near as many programs for Mac as you will for Windows. Unless it’s an extremely popular program, you can expect to have to find an alternative.

In short, unless you’re in specific industries, such as software development for Mac, you should probably avoid macOS.

If you’re in programming and want supreme control over your IT systems, Linux may be the answer.

Perhaps the biggest pro of Linux is that it’s free. It’s hard to argue against an OS that’s free for the user. If you don’t like it, you’ve lost zero money.

There are plenty of different distributions to try, each boasting unique features.

The software that you’ll use will also often be free too. The open-source movement is strongly opposed to price gouging, so even if you do have to pay, the programs will be cheap.

Linux also offers business users a fantastic server OS. If you’d like to serve your webpages and handle email, running a Linux web server is a great option.

If you’d like to run on low-end systems, you’ll also find Linux to be a great option. It can run on under a GB of RAM. It’s also extremely secure and stable, provided you have a bit of technical know-how.

Linux, as an OS, is easy to learn and hard to master. If you’re hoping to use it to its fullest, you may require some extra training.

There is little customer service from the developers, too. If something goes wrong, you will need an IT support service that is trained in Linux.

There’s little support for popular closed-source applications on Linux. While some of the big names will have a Linux version, others will not. You will need to find open-source alternatives for these programs.

What Is the Best Operating System?

So what is the best operating system? We’ve shown you the three main options. In our opinion, Windows is the most well-rounded system for most businesses.

It is not, however, the best operating system. Due to its sheer flexibility, its lack of cost, and its awesome security, that title goes to Linux. If you don’t have to run any specific programs, then Linux may well be your best business OS.

Want to read more awesome articles like this? Then check out our business section!

The device used to engulf pollutants from air 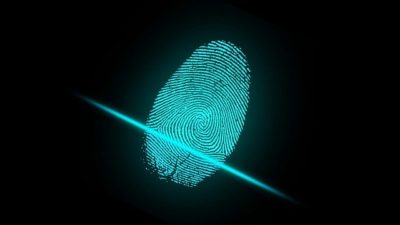