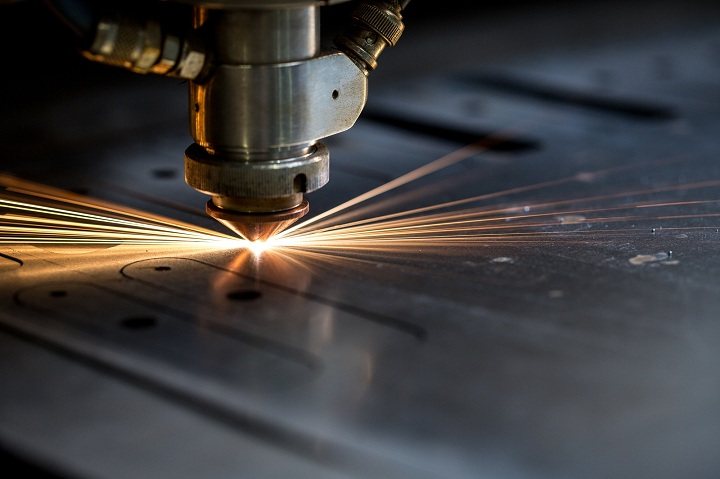 With certain projects, you need precision cuts on your metal which only a machine can provide. But which precision cutting method is the best?

It’s hard to say exactly; the different cutting methods all have their advantages and disadvantages. Often, it comes down to the properties of the material you want to cut. Two of the most popular methods of cutting are waterjet cutting and laser cutting.

This article explores some of the waterjet vs. laser advantages and disadvantages.

What Is Waterjet Cutting?

Waterjet cutting has been used as far back as the 1930s; however, back then, the process was only used to cut soft materials such as food or paper. Now, technology has advanced to the point that we can produce incredibly powerful waterjets.

Thanks to this technology, waterjets are now capable of precisely cutting metal.

One of the main advantages of abrasive waterjet cutting is the fact that it doesn’t require any heat to get results. This makes it ideal for cutting certain kinds of material for which heat would cause problems.

If you want to cut something such as plastic or certain types of metal, which would become warped or distorted due to the presence of heat, waterjet cutting is a great technique to use.

Another advantage of waterjet cutting is that it can deliver different cut edge qualities. This can be done by changing the speed of the cutting process.

If you have no specifications in mind for the cut edge, you can simply use a faster speed. If, on the other hand, you require a smoother finish on the edges, a slower speed can be used. This does mean that the edge quality impacts the expense of the job.

If you need smooth edges, you can expect the job to take longer and therefore, it’ll cost more to run the machines.

Waterjet cutting works at its best when it’s cutting in a single concentrated area. If you introduce material such as tubing, which has a void on the inside, it can cause some problems. Cutting tubing with waterjets might result in an uneven cut.

Also, if you want to cut fibrous or stranded materials, you also might run into problems. These kinds of materials might shift around in the stream, resulting in a cut that’s uneven.

Another thing to consider is that the abrasive powder used in the jet cutting process needs to be harder than the metal the jet stream is going to cut. So, for example, if you wanted to cut tungsten using garnet powder, it’d still be possible, but the results wouldn’t really be optimal.

When using waterjet cutting, very little of the garnet powder in the water stream does any cutting. On average, if you want to do 15 minutes of cutting, you can expect to have around 30 pounds of abrasive garnet waste.

This means that the disposal of the debris is an issue. Unfortunately, it isn’t always possible to recycle this debris. Some of the garnet will become split in the process, significantly reducing its effectiveness if you were to use it again.

What Is Laser Cutting?

Laser cutting is another common method of cutting metal. Laser cutting utilizes a high-powered laser directed through optics to make precision cuts. This technology is fairly recent; it only started being widely adopted around the 1970s.

One of the biggest reasons you might favor laser cutting is because you want to make incredibly precise cuts. If you want to laser cut steel or another metal on a very small scale, laser cutting is a great way to do it. Other cutting methods might struggle with small-scale precision cutting, but this is very easy for a laser cutter to accomplish.

Another advantage of laser cutting is that it’s able to cut through a wide variety of materials. If you need to make different kinds of cuts, you can sometimes save money by using laser cutting instead of several different cutting types.

One of the main disadvantages of using a laser cutter is that it doesn’t work very well with mixed materials. Say you have something that has a layer of wood on top of a layer of metal; a laser cutter wouldn’t really work.

This also means that materials with multiple kinds of metal would not work too well either. Of course, the laser generates heat to get the cut, meaning it isn’t suitable for metals that might be warped by the heat.

Another factor to consider is that laser cutting can produce a lot of smoke and dust. Anyone working with or around the machine will need to wear the appropriate breathing apparatus. Failure to maintain a safe working environment could result in a lawsuit.

Waterjet vs. Laser: Your Choice

So waterjet vs. laser: which of these methods is better?

It’s hard to say. Ultimately, it comes down to specifically what you want to cut.

In a lot of cases, you might find a factor that immediately rules out one or the other. For example, if you want to work with a metal that’ll easily be warped by heat, laser cutting is a no-go.

Of course, you don’t necessarily have to buy the cutting apparatus yourself. In some situations, it’d make sense to work with a professional metalworking company that can make the cuts for you on your behalf. This ensures the optimal technology will be used on every cut.

Need to ensure you have a safe workplace? Then check out our blog post.

Previous article Do Landscaped Yards Provide a Return on Investment When You Sell?

Next article 6 Feet Under: Why Investing in Life Insurance Is a Smart Investment 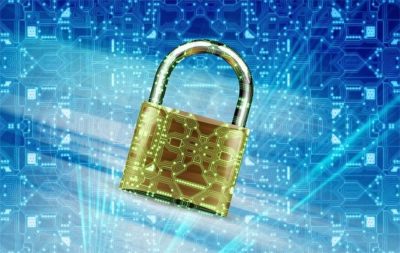 Is There Any Way to Change your Yahoo Email Address ?

September 16, 2020
There are no comments yet No comments